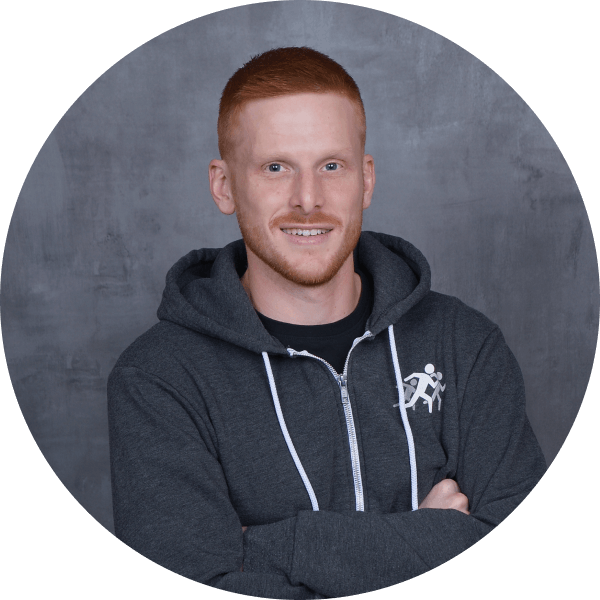 We all know that running can be a bit uncomfortable and honestly gross at times. Runners have a special, and very open, relationship with their bodies that can lead to some less than desirable, yet common, issues. Mile after mile putting your body through races and workouts leads to problems that I’m sure we’ve all experienced. No shame or judgement here! All the coaches at Charge Running have been there, and we’re here to help! With thousands upon thousands of miles under our collective belts, we’ve learned a few things about quick and easy ways to avoid some common, and often gross, runner issues.

Chafing is to runners as swearing is to sailors. It happens all the time, it's part of the life, but we’re still not proud of it. By far one of the most common runner issues, chafing primarily will occur on the inner-thigh for runners as a result of long miles in shorts that don’t quite fit right. The addition of colder weather and drier skin certainly does not help.

No need for some fancy gear or expensive body-glide to avoid future chafing. Start by using a gel-based deodorant (personal favorite is Speed Stick Original) on the inner-thigh before heading out for a run. Using vaseline is also a great alternative, although remember here that a little goes a long way! In terms of gear, if you experience chafing with frequency, try wearing longer compression shorts or half-tights under your running shorts.

Also called “Jogger’s Nipples,” which is a bit of a misnomer, since if you were jogging versus running you likely wouldn’t experience this common issue. A combination of cooler running conditions, a sweaty or wet shirt or singlet, and miles of rubbing can lead to this problem. At its extreme, a runner’s nipples can chafe against a shirt to eventually produce some light bleeding.

To avoid this take a few easy, preemptive steps. Be sure to consider the running conditions ahead of time and determine if this may occur. Usually this is only common in half-marathons and longer. Next, in order to avoid this, purchase small, round bandaids to place over your nipples and secure with a piece of athletic tape. Finally, avoid wearing a white shirt or singlet if possible! This way if you do experience this common issue, it won’t be TOO obvious.

Blisters all over a runner’s feet is commonplace. On the heels, between the toes, and on the outside of your big and small toes is unfortunately a common runner issue. There are plenty of ways to avoid these blisters before heading out for your next run or race. Step 1 is to be sure you’re wearing a good pair of running socks. Moisture wicking is key and ones with a bit of extra padding around the toes and heels will help. Next, don’t take a brand new pair of shoes out and try to break them in during a long run, hard workout or race. Break in your shoes with easier base runs for the first week or so. Finally, defend your feet with mole-skin, athletic tape, and vaseline in all the places that are common blister spots for you.

By no means the most common of these common runner issues, vomiting and simply getting sick during a workout or race does happen. We’ve probably all experienced this at least once. Hydration and proper fueling are key to avoiding this common running issue. Firstly, be sure that you are properly hydrated pre-run or race. Avoiding stomach issues, cramps, etc. all of which can lead to sickness starts with proper hydration. The next tip is to avoid experimentation when it comes to what you eat before a run or race.

Use some of our handy fueling tips, especially for the longer races like marathons. Finally, and this is key, when you feel any possible vomit coming, don’t try to hold it back! The best thing you can do is immediately stop and step off the main path/route. You’re likely already past the point of no return at this stage and trying to resist and keep running will likely only lead to mid-stride sickness with other people around, not good, not good at all.

This refers to the sudden and often uncontrollable need to find a bathroom during a run or race. Most commonly this is due to a combination of blood flow changes while exercising as well as the jostling motion of running. Of course other contributing factors are what you consume leading up to your race or workout. This common running issue can be avoided with careful attention to your diet, hydration, and especially your caffeine intake during and leading up to running.

For some lucky runners this sudden need for a toilet won’t come until immediately following a workout or race. For the rest of us, it’s important to have a few key contingency plans in place. First, no the route you’re running and where the publicly-accessible restrooms are. Secondly, it never hurts to carry with you a small fold of toilet-paper or tissue to serve you well in case of emergency. Again, similar to getting sick or vomiting, it’s best to not try to run through this running issue. A much safer approach is to slow down and re-route yourself to the closest bathroom.

As a reminder, no shame or judgment here! Each of these common runner issues is intimately known by all of your Charge coaches and we’re here to help!

Join Charge Running and get more tips on all the flattering, and less flattering, parts of being a runner!

8 Awesome Turkey Trot Races for 2021 in the USA